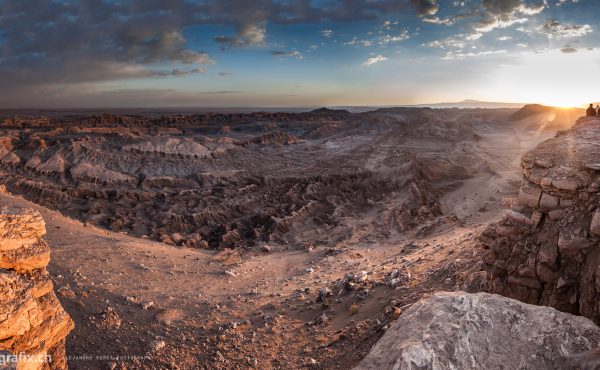 The Atacama desert in Chile is a plateau west of the Andes mountains. It is the driest non-polar desert in the world, the average rainfall is about 15 mm (0.6 in) per year. Most of the desert is composed of stony terrain, salt lakes (salares), sand, and felsic lava that flows towards the Andes.

Although the almost total lack of precipitation is the most prominent characteristic of the Atacama Desert, exceptions may occur. It may be the oldest desert on earth, and has experienced extreme hyperaridity for at least 3 million years, making it the oldest continuously arid region on earth. Because of its high altitude, nearly non-existent cloud cover, dry air, and lack of light pollution and radio interference from widely populated cities and towns, this desert is one of the best places in the world to conduct astronomical observations.