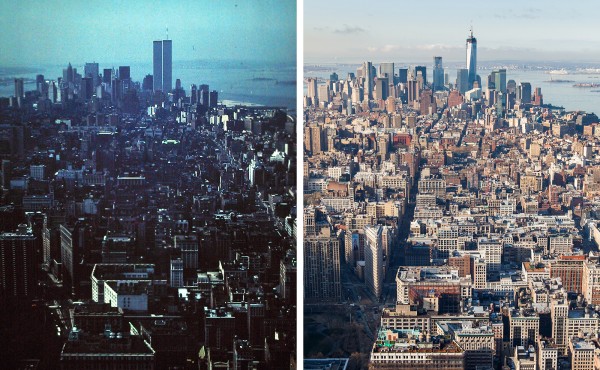 These two shots taken from the Empire State Building are 31 years apart. The first was taken by my mother during our first US visit with her trusty Canon A1 and I took the second one last April. The old slide was taken in summer whilst the 2013 shot was taken in spring.

The most significant change is obviously the twin towers of the World Trade Center, the old main landmark of south Manhattan was destroyed and replaced by the new One World Trade Center which was almost finished. Also other changes can be observed, mainly in the financial district.

These pictures were featured in huffingtonpost.com for the 9/11 in 2013:

>> To the Huffingtonpost.com article

>> Pictures of our trip to New York